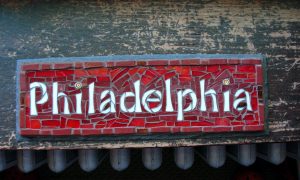 Philadelphia is one of our nation’s most historic towns, its written history beginning in 1682. The city was founded by William Penn in the English Crown Province of Pennsylvania. Before its conception, the area was inhabited by local Native American tribes, the Lenape people. Philadelphia quickly grew into an important colonial city and was the site of the first and second Continental Congresses. It was even the temporary capital of the United States for a short period of time after the Revolution. Edgar Allan Poe wrote some of his scariest works in the city, and M. Night Shyamalan even filmed the Sixth Sense in Philly. Philadelphia has so many unshared stories and legends, and with a history of almost 400 years, it would be almost impossible if the city didn’t house at least a few hundred ghosts. Read on below to find out which haunted hotspots made our list!

One of William Penn’s original five squares of land, Washington square served as a burial ground during the American Revolutionary War. Today, this peaceful park is built on top of a graveyard. Legend says that the ghost of a Quaker woman named Leah haunts the park, protecting the fallen soldier’s graves from potential robbers. Local visitors have reported seeing men in revolutionary period clothing walking the lines of graves, perhaps searching for their lost brothers in arms.

Built in 1786 by Revolutionary War Colonel Henry Hill, this family home turned museum was the house of Dr. Philip Syng Physick, who has been called the ‘father of American Surgery.’ He had pioneered the use of stomach pumps, autopsy, and even cataract surgery. He practiced here as well, treating patients with common ailments and performed autopsies in the basement. It was recently featured in an episode of SyFy’s Ghost Hunters show about two years ago. The hosts spent their visit trying to reach the spirit of former patients of Dr. Physick, but the real haunt of this home is his ex-wife. She’s been reported to be heard weeping around the property, which she was banned from when the couple got divorced.

A strange name perhaps, but this home houses a restless spirit by the name of General James Agnew. Built in 1744, this was the home of John Wister, a popular Philadelphia merchant, and wine importer. During the battle of Germantown, it was then occupied by the British Army’s James Agnew. He was ultimately shot and killed right here at this site. His bloodstains still remain, and his restless ghost is said to haunt the house. The name itself is said to have come from a novel about a German family in England, and with its unassuming exterior, it’s hard to believe the plethora of paranormal activity that has been experienced here. Several witnesses have reported seeing a black mist rise from his bloodstains, and float throughout the home. Others report hearing moaning when standing near the stains. However, Agnew is not the only ghost reported here. Another, named Justinia Hemberger, is said to roam the property. Justinia was an orphan and was taken in by the Wisters. Late one evening in 1820, Justinia appeared to the Wister daughters in their bedroom. Since Justinia was supposed to be at their other home that night, the girls were frightened by her presence. It was later found that she had died the night before. She is known to be a friendly presence, appearing to children who visit and filling the home with smells of fresh-baked bread.

While the Philadelphia Zoo is not necessarily haunted, the John Penn House that stands on its grounds is said to be a Pennsylvania paranormal hotspot. It is also another location featured on SyFy’s Ghost Hunters. Workers at the zoo have reported flickering lights and apparitions all throughout the zoo grounds, but sightings have occurred mostly in the Penn House, the Penrose Building, and the Shelly Building. Marketing specialist for the zoo, Kirsten Wilf, said that she and other employees feel ‘very strongly’ that there is a haunting at the zoo. In the Penn House, sightings have occurred of a woman’s ghost standing at the top of the stairs, watching those who enter.  Disembodied voices and footsteps are also heard throughout the home. One zoo employee even reported having her hair pulled here. In the Shelly Building, visitors to the zoo report a face peering through the windows in the lobby. The Penrose Building houses a ghostly woman who spends her time in the library.

One of Philadelphia’s most historic cemeteries, with over 70 acres for ghosts to roam! With over 77,000 souls put the rest here, this cemetery is a prime haunting location. A few notable hauntings include the stories of Martha Drinnan and Maurice Fagan. Martha Drinnan was the daughter of Laurel Hill’s original caretaker. On a November Sunday, in 1903, she was seen headed toward the Laurel Hill train station, never to be seen again alive. In March of 1904, a headless body was discovered by fishermen in the Delaware Bay. Martha’s family traveled from New Jersey and confirmed it was her. Her remains were buried at Laurel Hill, but with no headstone or marker as her family was too poor to afford one. A marker has since been placed on her grave to try and ease her anguish, as visitors have reported hearing wailing near her gravesite. The mystery of who took Martha’s life remains. As for Maurice Fagan, a note left to his sister tells of a story of suffering. Maurice served in the civil war with many honors, but he was plagued by terrible pain in his head after his career. The pain was so intense it tormented him, and after realizing that no medical intervention had helped, he wrote a letter explaining that he would soon be with departed family at Laurel Hill. He was found at his family plot with a self-inflicted gunshot wound to his head – desperate to end his pain once and for all. Visitors report hearing gunshots throughout the cemetery with no explanation.

The City Tavern was the stomping grounds for the Founding Fathers on their time off. It is said to be haunted by a bride and her friends that were killed when the tavern burned down in 1834. People have claimed to see tables moving, clinking silverware, and a ghost roaming the building in a wedding gown. It was built in 1773 and was considered one of the finest buildings in the city. The most famous haunting here is of a bride-to-be who was upstairs with her friends and bridesmaids preparing for her nuptials. During the excitement, a candle set a curtain on fire and the flame quickly engulfed the room and the building. The bride died in the fire, and today, her blurry white apparition still dressed in her wedding gown with a long train can sometimes be seen or sensed on the second floor of the premises.

Home to the seamstress that created our nation’s flag, the Betsy Ross house isn’t just a monument to her. A former security guard was shot in 1980 and left to die on the premises. Since then, visitors have reported hearing disembodied voices in the house, and once again, the SyFy channel’s Ghost Hunters investigated here.

Built in 1771, this fort is the only Revolutionary War battlefield completely intact. There are two reported ghosts said to haunt these grounds. The first is a woman by the name of Elizabeth Pratt, or ‘The Screaming Woman,’ She was married to an officer stationed at the fort and hanged herself after her young daughter died from typhoid fever. People have reported hearing her screams from the Officer’s Quarters building, where she supposedly died. The ghost of William Howe is also seen here, and locals call him ‘The Faceless Man.’ He appears to visitors as a man with no face in the buildings where prisoners of war were kept.

This enormous 32-room home in Chestnut Hill earned the title ‘Most Haunted Home in America’ due to its countless reported sightings of ghosts and other paranormal activity. Incidents include lights going on and off as they please, alarm systems activating by themselves, and visions of apparitions. One of the most terrifying hauntings here is in the Blue Room. There sits a chair in this room that has been reported to have been the cause of three recorded deaths within two weeks of individuals who sat in the blue chair. It is now believed that anyone who sits in the chair will die shortly after. 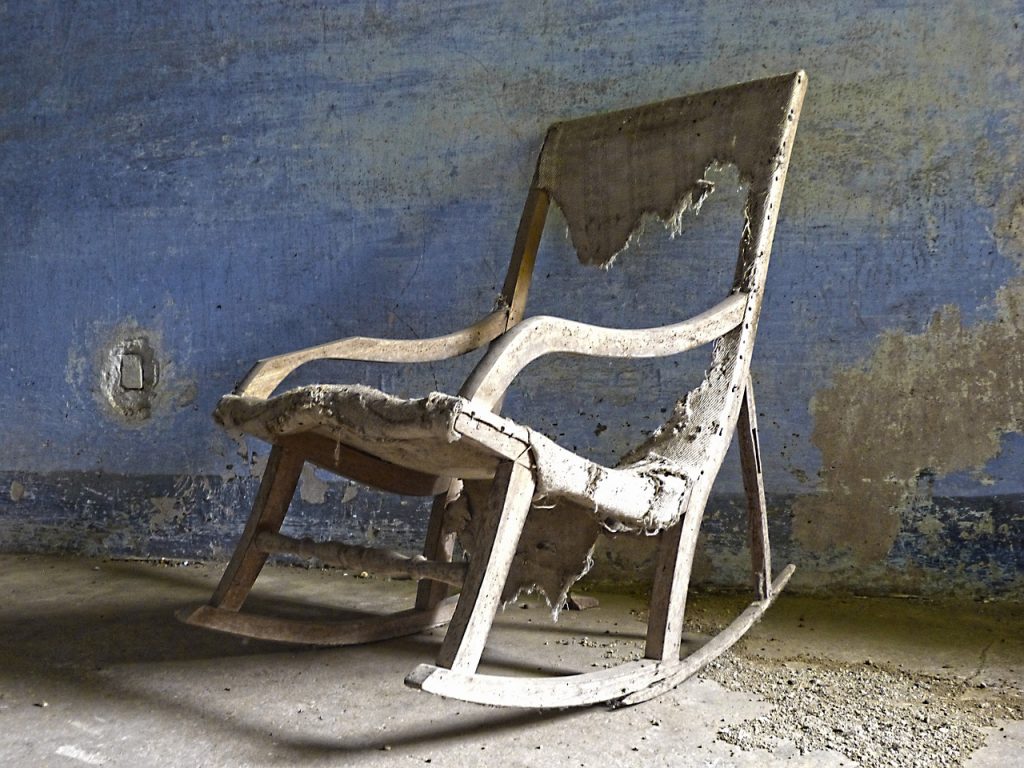 A chilling image, Eastern State Penitentiary has a 142-year history full of suicide, madness, disease, murder, and torture, making it easy to imagine the dozens of troubled spirits trapped here, roaming the halls. The extreme punishments utilized here created a paranormal hotspot of negative energy. Some of the harsher punishments were reported by NPR, which included ‘The water bath, in which inmates were dunked then hung out on a wall in winter until ice formed on the skin. The mad chair, which bound an inmate so tightly that circulation was cut off, later necessitating amputations. The iron gag, in which an inmate’s hands were tied behind the back and strapped to an iron collar in the mouth so that any movement caused the tongue to tear and bleed profusely. And “The Hole,” a dank underground cell where unfortunate souls had no light, no human contact, no exercise, no toilet, and little food and air.’

Known as one of the most haunted places in America, the penitentiary has been featured on Ghost Hunters, Most Haunted Live, and Ghost Adventures. Reports of activity go all the way back to the 1940s. Cellblocks 12, 6, and 4, are most famous for their apparitions, physical touch, and strange noises. 70,000 people spent time at this prison, most for heinous crimes. The amount of negative energy conglomerated here left behind deep, dark stains in the spirit world.

Have you visited any of these haunted locations? We hope that this list has sparked an investigative urge to see Philadelphia from a ghostly angle!