We are open! Click here to see our COVID-19 safety measures.

We have re-opened with the following precautions:

Group sizes are limited
Guests must wear masks or other forms of protection.
Come join us tonight!

Walk alongside the ghosts of the Civil War’s decisive battle.

Join Civil War Ghosts tonight to hear the gripping stories of the ghosts of Gettysburg.

See where the soldiers of both sides fell and where their ghosts persist. Tour the many haunted downtown inns and buildings where the wounded took their last breaths in agony. Touch the traces of their sacrifice that remain in this haunted town.

Our walking route takes you on a journey through Gettysburg’s historic downtown.

Our tour is both informative and thrilling.

Suitable for anyone and everyone curious about the haunted history of Gettysburg and its role in our nation’s history. Newcomers who’ve never done a ghost tour are as welcome as enthusiastic ghost hunters.

Three most haunted stops on the tour:

With over 46,000 soldiers killed in the three-day battle, Gettysburg has too many tragic tales for any single walking tour. Civil War Ghosts presents a route that shows all sides of this hideous conflict.

Both armies clashed around a town of just 1,500 inhabitants. Nearly every structure was commandeered for military use. Residents responded as humans will, in every way thinkable.

Book your place now to hear about Tillie Pierce, the daughter of a butcher wrote a book about her experiences during the war, of her and friends singing ‘Our Union Forever’, as six thousand of Buford’s cavalry passed through the town. Later as the battle grew nearer, she saw more troops passing and heard them wonder when they would be sent back in the horse-drawn ambulances that were also on the streets.

Sooner than she would have wanted the town overflowed with wounded soldiers. Tilly sprang into heroic action, tending wounds and dressings and making many men comfortable as they lay dying around the homestead, the outbuildings, and many other places around the small town of Gettysburg.

The Inn that bears her name has many stories of hauntings, hear this, and many more fascinating stories on the Civil War Ghost Tour now.

“Our tour guide was great. I have been coming to Gettysburg for close to 50 years and taken lots of ghost tours. This one gave information I did not know. The tour guide is the most important part of the tour and I would give this gentleman a 5+ stars! Thanks for a fun evening!

The Civil War Ghost Tour Difference: What Sets this Tour Apart from the Rest?

Your guides will stick to the historical facts. When you realize the horrifying scale of the human tragedy of Gettysburg the experience becomes that much more unsettling. With every step, you walk deeper and deeper into the grim depths of true history. Gettysburg retains its historic feel, it is only a small leap of the imagination to picture yourself in the aftermath of the battle, and even easier at night!

Will You Join Us?

Very informative and fun tour. The guide was great. Could of used a little more walking but all in all was cool.
Read More

Our tour guide was well informed and a delightful young man. They were interesting stories on The history of the war and the local ghosts.
Read More

He was a great story teller and a very personable young man. Well worth the price some very interesting stories. I strongly recommend it.
Read More

My husband, son, and I enjoyed ourselves so much. Mandy was very personable and knowledgeable. We had a great time!! A+ for Mandy
Read More

OWN YOUR OWN HAUNTED DOLL!

TAKE GHOST TOURS FROM YOUR LIVING ROOM - IN OVER 20 DIFFERENT CITIES!

TURN YOUR PHONE INTO A GHOST TOUR GUIDE

LISTEN TO ONE OF OVER 200 NARRATED GHOST STORIES FROM HOME ON ALEXA OR GOOGLE ASSISTANT.

Get The Book! America's
Most Haunted Vol. 1
Now Available

What’s on my ghost tour? - Just a sample of the locations on the tour

Now a bed and breakfast, the Farnsworth House used to be the territory of Confederate snipers during the Battle of Gettysburg. Regarded as one of the town’s most haunted places, the Confederate soldiers who were once inside have long since passed… but continue to stay in the house.

The Hall of Presidents

The Hall of Presidents closed last year, but this former wax museum has a deep-rooted history of paranormal activity. The Hall was filled with wax figures of every American President and First Lady. The building built on a former Civil War burial ground. Being built atop a burial ground is seldom good news, and guests will learn how this building continues to be no exception…

The beautiful Gettysburg Hotel is haunted by two spirits, man and woman, from wartime. They share a mysterious and deep bond, a secret known by only a small few. What is the tragic connection of this ghostly pair? Find out only on our extended tour!

The David Wills House is one of the most remarkable places in Gettysburg. During wartime, David Wills, a young lawyer, took on a difficult project by helping the many wounded and dead soldiers of Gettysburg. Wills made his home into a hospital for the wounded. He also took on the role of a gravedigger, helping establish a proper burial ground for the dead. For Wills’s efforts, President Lincoln spoke at the completed burial ground’s dedication and stayed at this house. Of course, this house isn’t just historically significant–it’s haunted, too. Learn the haunted side of this storied house only on our extended tour!

Get the scariest offers and stay current on sales and events. 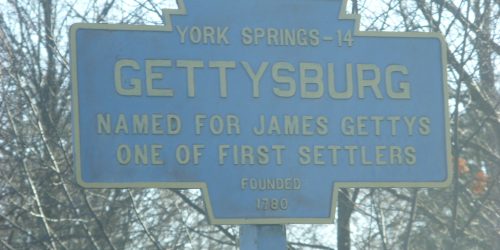 History of Haunted Hotel Conneaut Hotel Conneaut is an expansive, gorgeous hotel located in the middle of Conneaut Lake Park, a summer resort and amusement park located just a half-hour outside of Pi...
Read More 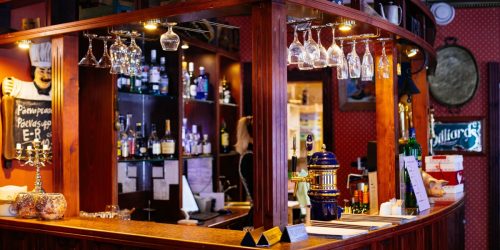 Everyone throughout history has loved to take the weight off their bones, kick their feet up, visit their local hole-in-the-wall bar or tavern, and have a couple of drinks to relax with friends. Somet...
Read More